How long do you sit in traffic every day? 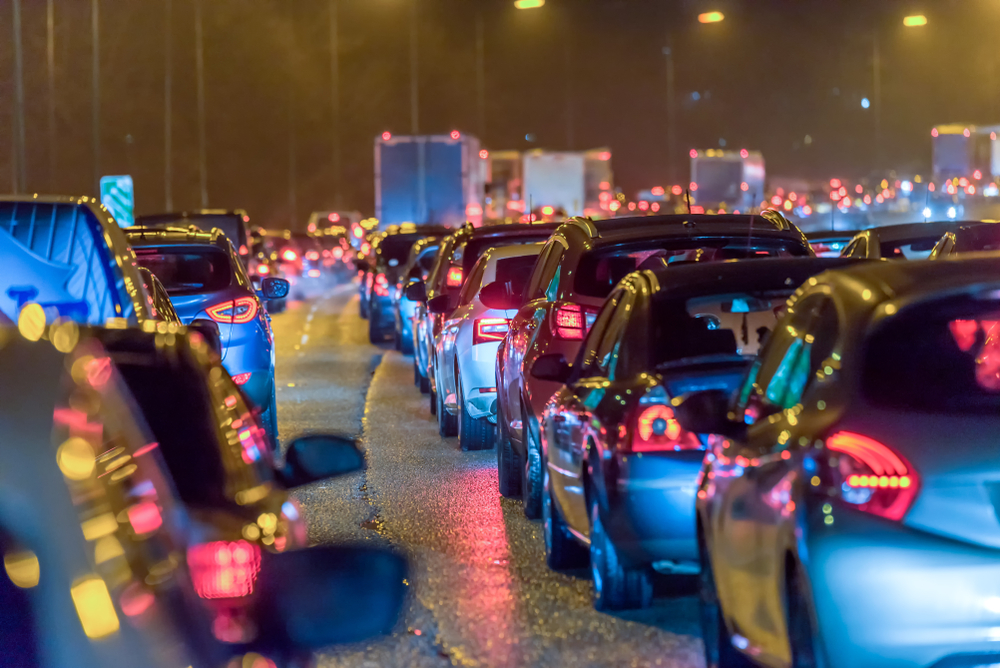 Every driver has experienced the frustration of rush hour traffic, especially those who commute to and from work. Many of us experience so much traffic that it’s become part of our routines, and we’ve learnt to extend our commuting time accordingly. But do you know how much time you actually spend in traffic every year?

At HPI, we were curious about this and decided to carry out some research. Here’s how we found out how much time drivers spend in traffic per year.

While you may think you can predict the cities that experience the most traffic, some of the figures may surprise you…

You probably expected London to top the list when looking at the amount of time drivers spend in traffic, and while it is in the top 5, it’s not number 1. In fact, Edinburgh took the top spot, with the average driver spending a whopping 4 days and 5 hours in traffic every year! In comparison, Newcastle came in as the least congested city, at just 7 hours.

Here are the cities where drivers spend a long time stuck in traffic:

While drivers in these cities have an easier commute:

However, the statistics for hours spent in long queues and traffic jams tell a very different story. Although Edinburgh drivers spend the most time in traffic overall, you’re most likely to experience long queues in Dublin, followed closely by Sheffield, Leeds, Belfast and Liverpool.

Furthermore, when we considered results by age, we found a definitive trend: the older the driver, the longer they spend commuting. Top of this list were 55-64 year olds, dropping consecutively all the way to the 18-24 bracket, who experience the least traffic.

When assessing traffic, we asked drivers about what causes congestion on their commute. Traffic lights were found to be the most common with 36% of the vote, in contrast to level crossings with just 5%.

From the results, we found that traffic lights cause particular problems in Belfast, Birmingham, Dublin, Glasgow, Leeds, Liverpool, and London. Roadworks lead to the most congestion in Edinburgh, Manchester and Norwich, while in Cardiff, roundabouts are the biggest traffic culprits. Unsurprisingly, Bristol drivers are the most likely to be stuck behind buses, cyclists and tractors. 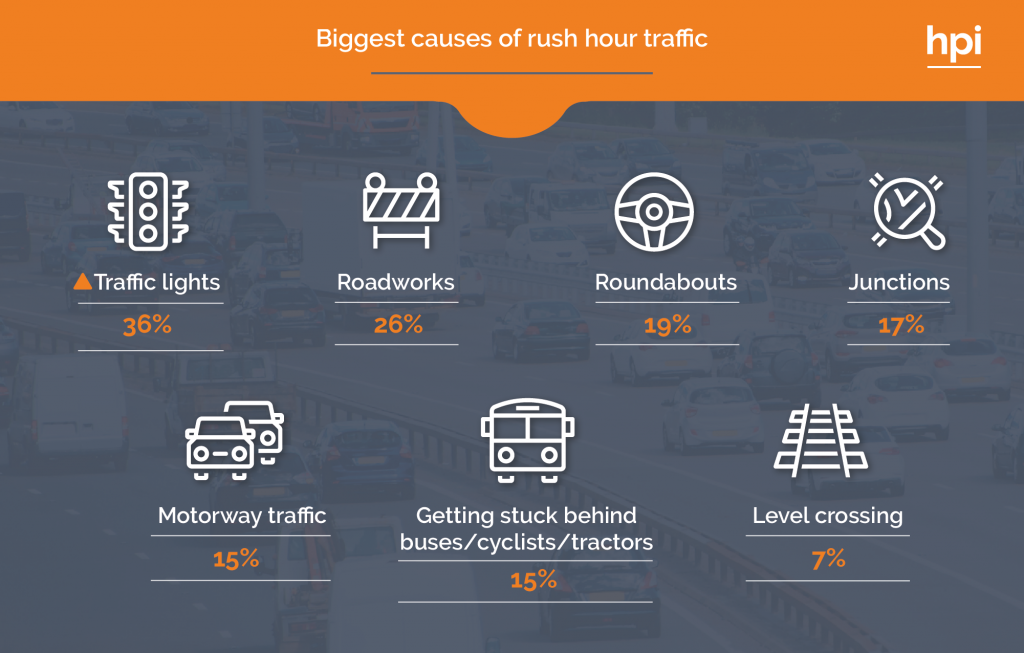 While these statistics won’t help to reduce the time you spend in traffic, hopefully you found them as interesting as we did!