How long do you leave your dashboard lights on?

Our cars can often feel like part of the family, which is understandable considering how much time we spend with them. But sometimes we take them for granted. This can even be true when it comes to warning lights. Do we pay enough attention to what our cars are trying to tell us? And when we respond, do we do so quickly enough?

In order to dig deeper into the subject, we asked 1,000 motorists about how they approach car warning lights. This survey was UK-wide, encompassing a range of major cities and a broad spectrum of ages. And the results were rather enlightening.

In the course of our study we found that, on average, it takes British drivers 8.3 days to resolve an issue with warning lights on their dashboards. It turns out that men are faster to react than women, taking an average of 7.8 days to respond compared to 8.9 days for women. These might sound like shocking statistics, considering how important vehicle warning lights can be, but there is worse to come.

What we discovered was that an estimated 77,760 drivers across the UK who would not do anything about a warning light on their dashboard. And the biggest offenders were found to be located in Leeds. Ignoring lights is never a good idea, as it could result in damage which can affect how much your car is worth when you sell it or trade it in.

These cities had the slowest average response times to vehicle warning lights:

But there are some rays of hope. The cities with the fastest average reaction times to vehicle warning lights were:

The fastest age group when it comes reacting to warning lights are those over 55, with an average response time of 6.4 days. At the other end of the spectrum are those in the 18-24 group, who take an average of 10.6 days to respond. The difference between the generations is therefore 4.2 days – almost a working week. 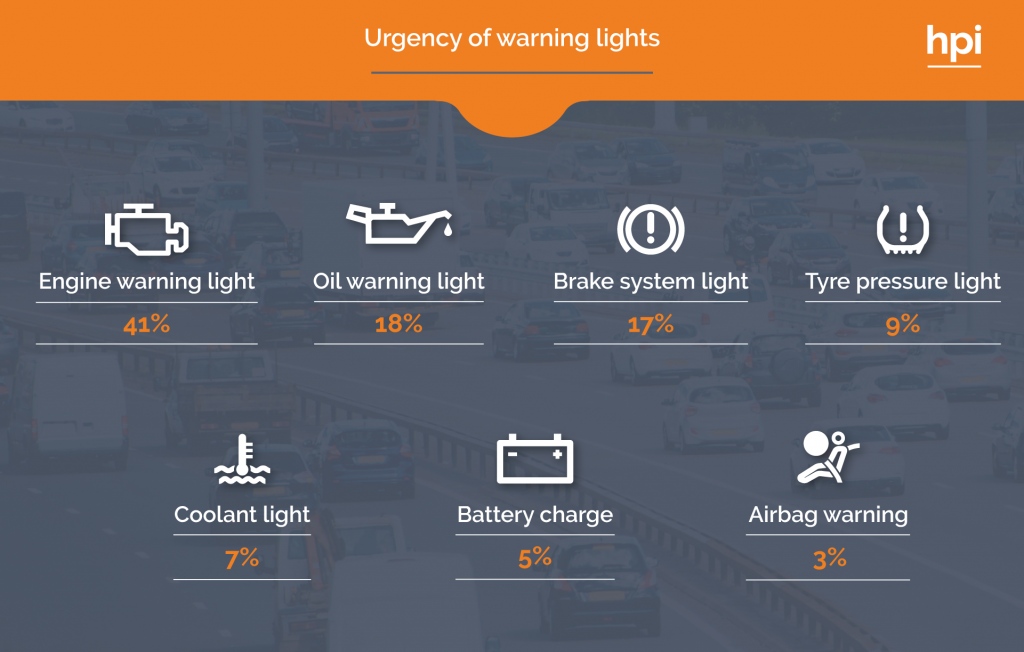 In our survey we asked the British public which warning lights they considered to be the most urgent, and the results are are follows:

In every city, the engine warning light is considered to be the most urgent. However, those in Belfast chose the brake system warning light as being the most critical. 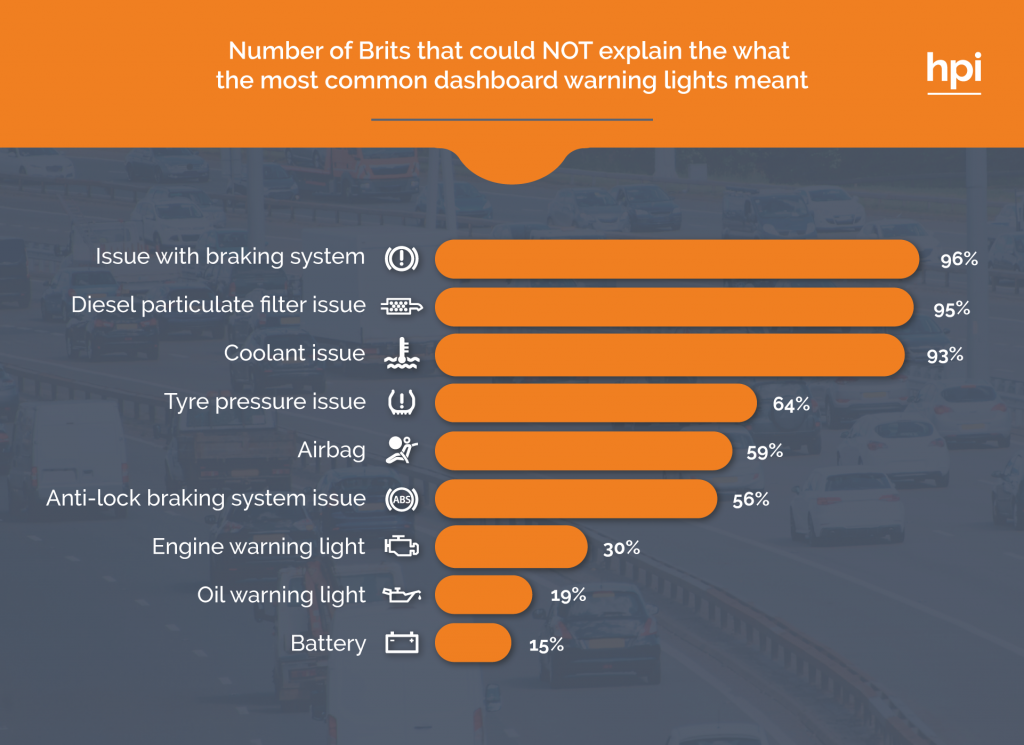 In the course of our research we also looked into how many warning lights people actually understood. What we found was that Brits simply couldn’t explain some of the most common problems:

It’s safe to say that many people do not understand some of the most common warning lights that can be found on a dashboard. Scarily, some even confused the lights turning on as being a good thing.

For example, 30% of people believed that the airbag warning light meant ‘airbag on’, which could have fatal consequences in the event of a collision. This same warning light was seen by 19% of people to mean ‘seat belt not on’, which further shows the knowledge gaps.

The battery charge warning light was also incorrectly interpreted by some, with 15% thinking that it meant that the battery was fine, rather than running low as the light indicates.

The Importance of Checking Warning Lights

Our study shows that many of us could benefit from being faster to respond to warning lights. What’s more, some of us could take the time to brush up on what those lights actually mean.